Oxycontin is a regularly prescribed opioid that is used in the treatment of moderate to severe pain. Shortly after Oxycontin was approved for use by the FDA it became one of the most widely abused prescription drugs on the market. Years later, millions of prescriptions would be filled annually and many of the dangerous pills would find their ways into the hands of users on the streets—thus Oxycontin addiction was born.

What is Oxycontin Addiction? 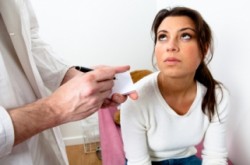 Going to multiple doctors for Oxycontin is a sign of addiction.

According to PubMed, “Oxycontin diversion and abuse has become a major problem in certain areas of the United States, particularly rural areas and Appalachia.” Oxycontin addiction is the result of repeat use that leads to increased tolerance, physical dependence and psychological cravings to use. Once addicted, the average user takes 184 milligrams of Oxycontin per day to fuel their habit; a habit that can quickly become highly dangerous and very costly to the user.

Oxycontin Addiction is not Prejudice

According to the DEA, “individuals of all ages abuse Oxycontin – data reported in the National Household Survey on Drug Abuse indicate that nearly 1 million U.S. residents aged 12 and older used Oxycontin nonmedically at least once in their lifetime.” Oxycontin addiction can result from just a few uses of the drug and anyone who takes the drug, either for a medical reason or for a recreational reason is at risk of becoming addicted.

Why People Become Addicted to Oxycontin

People become addicted to drugs for a variety of reasons. Some of the most common reasons for Oxycontin addiction include:

Sometimes, a person will be prescribed Oxycontin for the treatment of a real pain such as is associated with cancer, injury or arthritis. They take the drug and don’t realize the dangers involved until they are already addicted and need help. Other times, the user will take the drug for fun, maybe they are given Oxycontin by a friend or peer, in time if the drug is used repeatedly it can escalate into an addiction.

There are so many risks involved with using oxycontin, especially when addiction sets in. People who take Oxycontin are at risk of:

Recognizing the signs of drug abuse early on can help to reduce the likelihood that the abuse will turn into a full-fledged addiction. Early detection of the problem is key to getting help and making a full recovery. Some of the most common signs of Oxycontin abuse include:

Unlike mere abuse of Oxycontin, addiction can pose very significant problems. While Oxycontin abuse can be very troublesome, addiction generally includes additional signs that range from developing a tolerance that puts the user at risk of overdose to feeling sick or otherwise unable to function without Oxycontin, a result of withdrawal that occurs with physical dependence.

Additional signs of Oxycontin addiction include:

How Can I Tell if my Loved One is Using Oxycontin?

If you suspect that someone you love may be abusing Oxycontin, consider the following signs of a problem:

Many methods of treatment are available to make the process of recovering from Oxycontin addiction a more tangible and feasible process. Detox, counseling, therapy, support and aftercare will make up the foundation of any successful and effective treatment program for the user. According to CSAT Advisory, “the majority of U.S. treatment facilities do not offer medication-assisted treatment. However, due to the strength of Oxycontin and its powerful addiction potential, medical complications may be increased by quickly withdrawal individuals from the drug.” As such, medication assisted treatment is very common for those in recovery from Oxycontin addiction.

Generally, medication assisted treatment involves the use of methadone, Subutex or Suboxone as a means of helping the user to cope with cravings and withdrawal symptoms in a manner that will prevent him or her from relapsing. While there are no guarantees, these types of treatment have helped thousands of people to overcome the challenges associated with withdrawal and persistent cravings in a way that prevents them from relapsing.

The most common methods or types of treatment used to help those who are addicted to Oxycontin to come out on top include:

The process of recovery will generally take a period of at least 90 days and in most cases longer for those who are addicted to an Opiate such as Oxycontin. During this time, the user will be faced with many challenges but the end result that comes from receiving adequate treatment and care is well worth the effort and the fight that it sometimes takes to stay sober.

According to NIDA, “for residential or outpatient treatment, participation for less than 90 days is of limited effectiveness, and treatment lasting significantly longer is recommended for maintaining positive outcomes.” When maintenance medications such as Methadone or Suboxone are used in treatment, it generally takes 12 months or more for recovery to really set in and for the behaviors to be changed enough to prevent relapse.

Recovery is all about time and each day sober is another day that you have made it without drugs ruling your life. If you relapse, pick up where you left off and do your best to get back on track. It can be hard, you may feel like giving up at times, but know that you are not alone. There is support, help and care available to you making recovery from this terrible disease a truly possible outcome.