Video games are a very popular pastime among youth, especially children and adolescents. Even adults have their fair share of fun playing video games these days. Unfortunately, for those who become consumed by video games and the desire to play on, the addictive nature of this pastime becomes all too real and potentially dangerous too. Video game addiction, though not year clearly defined as a behavioral disorder, affects people similarly to Pathological Gambling potentially ruining their lives.

What is Video Game Addiction? 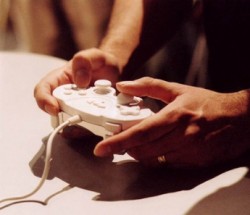 Excessive playing of video games can lead to addiction.

According to the University of Pittsburgh, overuse of video games that is pathological in scope and which includes compulsive use of video games is considered video game addiction. People who suffer from this up and coming condition are likely to play compulsively, isolate themselves from social normal and contact with others and will focus most of their time on video games.

Studies show that young gamers are most likely to become addicted to video games but teens, young adults and even older adults have also become victims of video game addiction over the years. Social outcasts, such as those who do not have a lot of friends and are not “in” socially with the crowd are also at an increased risk of becoming addicted to video games.

Importance of Talking to Children & Teens about Overuse of Video Games

You may think that since video game addiction isn’t yet written in the books as a textbook style addictive situation that it’s ok to let children and teens play as much as they want. After all, it’s all fun and games right? Unfortunately, there are confirmed cases in which people have actually died as a result of their obsession with video games—not that the game itself kills anyone but that the neglect for personal responsibilities places the player at a substantial risk for things like malnutrition, dehydration, and other serious problems.

According to the University of Minnesota Duluth, these are just a few of the reasons why you should talk to your kids about video game addiction:

There are some relatively easy to spot signs and symptoms of video game addiction that parents can be on the lookout for in their children. According to UCLA, these symptoms include:

Are there Physical Symptoms?

According to the University of Central Los Angeles, there are even some physical symptoms that may be experienced as a result of video game addiction. These symptoms can include:

According to Principles and Practices of Video Game Addiction, “there are methods of treatment to use in order to cure video game dependence.” Many of the same methods that are used to treat various substance use disorders and impulse control disorders are also effective at treating a video game addiction. Such methods of treatment generally include:

People who spend the majority of their time playing video games can be vulnerable and uncomfortable dealing with real world situations. Stress can be very difficult for them to cope with and it can be very stressful to have the video games taken away and to be forced to cope with life. As such, it’s important that the therapist or treatment specialist who provides help for the individual suffering from the addiction is aware of the issues surrounding his or her life and is also specialized in providing quality care for this type of condition.

If you know someone who is addicted to video games, chances are they will not readily be willing to seek help right from the start. It’s important that you consider talking with your friend or loved one about the problem first and do what you can to get them to understand that their gaming has spiraled out of control and is causing problems in their life. Upon having this conversation, you may find that you need professional help in order to get them to stop for good—this is where finding treatment for the addiction comes into play.

In searching for treatment and choosing a therapist or program that will provide care for you or for someone you know who is addicted to video games, consider these factors:

In a society where it is completely normal to take part in gaming and interacting online, recovering from a video game addiction can be quite challenging—but it’s not impossible. While you will continue to need to be cautious about your gaming and the activities that you take part in for the rest of your life following a video game addiction, you can get well and find your way.

Recovering from video game addiction is about taking the time out to get the help that you need and it’s about learning about the dangers and risks associated with such compulsive behaviors. With counseling, support, therapy and guidance, most people are able to make a full, long, lasting recovery from this addiction and later live a normal life. Don’t be afraid, seek help today.