Codeine is an opioid analgesic that is often prescribed in the treatment of mild to moderate pain. The powerful pain relieving qualities of this medication make it a prime target for people to abuse the drug. As such, Codeine addiction is a growing problem in the United States often causing serious consequences and an array of complications for the user as well as for others who are indirectly affected by this drug.

What is Codeine Addiction? 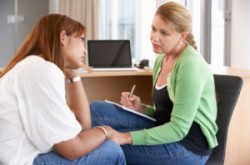 You can overcome an addiction to codeine with the help of rehab centers!

According to the National Institute on Drug Abuse, “nonmedical use and abuse of prescription drugs is a serious public health problem in this country.” Codeine addiction often develops as a result of the patient being prescribed the medication for the treatment of pain following an injury or surgical procedure. Unfortunately, the individual doesn’t realize the dangers associated with taking the drug and after using it as prescribed for a few weeks, they develop a tolerance that makes quitting or cutting back use difficult.

Codeine addiction is the result of repeat use of this opiate prescription that takes place over a period of a few days or weeks. In the beginning, the medication is often taken for a legitimate case of pain but as time moves on, the user may find that the effects of the drug wear off and abusive use of the drug often ensues. Anytime an individual is taking Codeine in a manner other than prescribed or for reasons other than prescribed there is a risk of addiction developing.

According to Darmouth-Hitchcock Norris Cotton Cancer Center, “Codeine may be habit-forming and should be used on by the person it was prescribed for.” Unfortunately, many people take codeine for recreational purposes in order to get high and with this comes an increased risk of physical dependence, overdose, and even death. There are a number of other dangers associated with codeine use including:

How is Codeine Used?

According to University of Utah Health Care, Codeine is usually taken orally but when an individual becomes addicted he or she may look for other administration methods to produce a stronger or more rapid high. Many addicts will inject Codeine intravenously using a hypodermic needle. They first crush the pill and then mix it with a water to make the solution a liquid that can be injected with a needle. Addicts that choose not to inject the drug will often crush and snort the pills to produce near immediate euphoric effects.

Signs of Codeine Use

Some of the most common signs of codeine use include lethargy, heavy limbs and a relaxed state in a person who otherwise is not normally relaxed. Certain signs of drug use are not as easily spotted such as:

According to the University of Maryland Medical Center, some of the common symptoms of Codeine withdrawal include:

Codeine withdrawal treatment generally involves supportive care and medical intervention. Clonidine can be prescribed to help reduce anxiety and agitation associated with the withdrawal while also reducing the muscle aches and pains that come along with the early stages of detox. This medication can only safely be taken for a few days and should not be taken without the direct supervision of a medical doctor.

Other medications may also be prescribed during Codeine detox in order to facilitate a comfortable withdrawal. Medications are often necessary for the treatment and relief of diarrhea, stomach cramps, vomiting and nausea during the early days of Codeine withdrawal but generally such symptoms will subside within a few days.

Certain medications can also be prescribed during Codeine withdrawal treatment either to prevent symptoms of withdrawal, to reduce cravings or both. According to the University of Maryland Medical Center, “buprenorphine has been show to work better than other medications for treating withdrawal from opiates, and it can shorten the length of the detox.” Often times, Buprenorphine, also known as Subutex and Suboxone, can also be used as a maintenance medication. Additional maintenance medications that may be used in the treatment of Codeine addiction include:

Each of these medications works to reduce symptoms of withdrawal and prevent cravings which could easily lead the user back to drug use.

Often times, addictions require more than support and medical intervention in order to provide the patient with a full and effective treatment. Behavioral treatment and therapy is often a necessary component of effective Codeine addiction treatment. Many different types of behavioral therapy exist to help those who are addicted to opiates to overcome the behavioral elements of the addiction and learn how to avoid relapse or potential triggers that may cause relapse. Such methods of treatment may include:

Long after treatment is received, the foundation of your continued recovery from Codeine addiction will be primarily based upon your ability to gain the support and understanding necessary to avoid future relapse. Many support groups can help you achieve this success while building stronger, healthy relationships as you go. Some of the groups that are commonly used in the treatment and recovery of Codeine addiction include Narcotics Anonymous and SMART Recovery Self Help Groups. Each of these works quite differently but can generally be found throughout the country providing supportive guidance and care to those in need.

The journey that you take towards making a full recovery from Codeine addiction will take time, but it will all be worth the effort. With continued care, your participation in counseling and therapy, as well as your participation in a support group, the prognosis is good. Withdrawal will likely be the most challenging part of the recovery process but you will find that it doesn’t last forever. Take your time, stay committed and know that you are not alone in your fight against Codeine addiction—many advocates are on your side ready and waiting to help you make a full recovery.