For some people, experimental use of prescription drugs or other substances such as marijuana or cocaine never really turns into a major concern, Physical dependence is not a factor and addiction never sets in to cause problems at work, home or school. But for others, the consequences of using drugs, even just a few times, can wreak havoc on their lives for many years to come often leading them down a long and very difficult road filled with addiction, grief and pain. 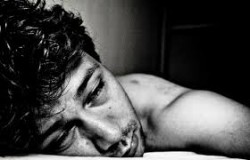 Addition is a chronic, relapsing condition that often requires proper treatment to overcome.

It’s hard for those who are not addicted to understand what it is that would make an individual become addicted. In fact, it’s even difficult for an individual who is suffering from drug addiction to grasp the reality of what it is that brought them to the forces of such a terrible disease. According to NIDA, “it is often mistakenly assumed that drug abusers lack morals principles or willpower and that they could stop using drugs simply by choosing to change their behavior.” Unfortunately, the reality is that drug addiction is a very complex illness that isn’t only difficult to overcome, it’s potentially deadly too.

People who abuse drugs, repeatedly or for a prolonged period of time are at an increased risk of developing a drug dependence which will subsequently make it difficult for them to quit using. Medline Plus claims that, “drug abuse can lead to drug dependence or addiction. People who use drugs for pain relief may become dependent, although this is rare in those who don’t have a history of addiction.” As such, nobody who takes a drug, be it for treatment of pain or for any recreational purpose, is safe from the potential downfalls of drug dependence and addiction.

How Drug Addiction Affects the Brain

Drug addiction affects the brain in a number of different ways. Some drugs will cause chemical changes in the body and the brain that prevent feelings of happiness without the use of the drug, others can lead to feelings of anxiety or depression, while others can cause changes in the perception of pain or comfort. According to NIDA for Teens, “all drugs that are addicting can activate the brain’s pleasure circuit. [this] biological, pathological process that alters the way in which the pleasure center, as well as other parts of the brain, functions,” can have a lasting impact on the user.

Drug addiction has the following effects on the brain:

Recognizing Drug Addiction in a Loved One

If you suspect that someone you love might be addicted to drugs or may be abusing drugs, the best thing that you can do is seek immediate help for him or her. According to the National Institute of Health, “people with drug problems might act differently than they used to.” Some of these signs of drug use may be relatively simple to spot in someone that you are close to. Potential signs that someone you know may be abusing drugs include:

Many different signs and symptoms can become evident when drug abuse and addiction take over. If you suspect that you may have a drug problem, consider asking yourself whether these events pertain to you:

If you answer yes to any or a few or more of the above questions, and you still use drugs then you have a problem that may warrant a need for professional help.

Finding help for drug addiction is mostly just a scary process because of the fear of the unknown. You don’t know what it will be like to be sober nor do you know what it will be like to go through treatment—these two situations alone can be very scary for a user no matter how tough you are. According to NIDA, “being addicted makes you afraid of what will happen if you don’t keep taking the drug. People often won’t try quitting until they’re forced to, because it seems to hard.” If this sounds like you, don’t fret—there is help available and you’re not the only one in the world who feels like this.

According to NIDA, there are certain principles of effective treatment. Some of these principles include:

Even after you stop using drugs, you’ll have a lot to learn and a ways to go before you can consider yourself sober and healthy again. Drug addiction recovery takes time and effort on your part. Know that it’s ok to accept that you cannot do it all alone and that asking for support and help is completely acceptable. Once you stop using drugs, your recovery efforts will involve:

You have to remember that even in drug addiction recovery there will be times when your attention to sobriety will be challenged. If you relapse, which most people will at some point, don’t think that you did it all for nothing or that you’re a failure. Pick up the pieces as soon and as quickly as you realize that you made a mistake and get back on the road to recovery.