Impulse Control Various types of impulse control disorders often cause people to act out of hand, irrationally or without otherwise thinking or planning their actions. According to Functional Mental Disorders, an impulse control disorder can be defined as failing to resist an impulse to behave and acting in a way that could pose serious danger to one’s self or to others. Such behaviors can range from erratic sexual activity to violence. 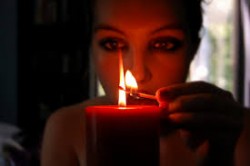 Pyromania is one of the main impulse control disorders. It involves a preoccupation with fire.

According to the Counseling and Testing Center of Louisiana, the following types of impulse control disorders exist:

Additional impulse control disorder may include things like sexual addictions, self-mutilation or even substance abuse.

What is Intermittent Explosive Disorder?

Intermittent Explosive Disorder is a type of impulse control disorder that results in the destruction of properly or in the physical harming of others. People who suffer from this condition will generally act out and then later fail to take responsibility for their lack of control. They may even blame the problems that they have on the people who are actually victims of their acting out.

This impulse control disorder involves a compulsive desire to steal things even if they have absolutely no value. The individual cannot control his or her desire to steal and may be overcome with an urge to take something that is not theirs despite knowing that there is no monetary value to the item.

Pyromania is a disorder that generally involves the individual having a preoccupation with fire. They may light fires for pleasure, play with fire and generally be over exuberant about fire. This disorder does not involve people setting things on fire for the sake of being paid or otherwise gaining anything other than the pure satisfaction of setting something on fire.

What is Pathological Gambling?

Pathological gambling, problem gambling, or a gambling addiction is an impulse control disorder that involves gambling in a way that creates serious and devastating problems in the individual’s life. The gambling often leads to financial ruin and many people who are pathological gamblers and do not get the right help wind up committing suicide as a result of the extreme depression that comes with this type of problem.

Pulling one’s hair out, constantly, and to a point in which baldness or bald spots appear is an impulse control disorder that cause a lot of pain and potential impairment in the life of those who suffer from such a disorder. Often times, trichotillomania can lead to an inability to function normally in life.

People who suffer from impulse control disorders will often show an array of characteristics that have common bonds. For instance, the behaviors that an individual takes part in may be compulsive or repetitive, they may have a lack of control over their behaviors that becomes more lacking over time and they often have an underlying urge to take part in impulsive behaviors despite the consequences or problems that often ensue as a result of their actions.

According to the US National Library of Medicine, common characteristics of impulse control disorders include:

What to Do If You Have an Impulse Control Disorder

There are many different things that you can do for yourself if you think that you have an impulse control disorder. Consider the following tips that may help you:

If you think that someone you love or care about might be suffering from an impulse control disorder, consider taking the following steps to provide them with guidance, support and help:

According to Functional Mental Disorders, “impulse control disorders are typically treated with a combination of psychotherapy, behavioral modification therapy and pharmacology.” The methods of treatment that work best for each individual depend on various factors such as:

According to the Ohio State University Wexner Medical Center, “psychotherapy is a way to treat people with a mental disorder by helping them understand their illness.” This type of therapy is often referred to collectively as “talk therapy” but it encompasses various types of therapy such as:

What is Behavioral Modification?

According to the University of West Florida, “Behavior modification is the application of experimentally established principles of behavior to problems of behavior.” This type of treatment for impulse control disorders involves altering human behaviors in one of many possible ways through structured learning of skills such as coping mechanisms or desired reactions.