Symptoms of Meth Use You Need to Know

Methamphetamine causes many strange and harmful symptoms, both during short-term and long-term use. According to the NLM, “Meth at first causes a rush of good feelings” but a number of dangerous side effects begin to follow. Abusing the drug is harmful both mentally and physically, and it is important to know the possible symptoms caused by meth use.

Symptoms of Short-term Meth Use

Methamphetamine is a stimulant and, therefore, increases bodily and mental functions, which is often the reason many individuals begin abusing it. The drug also creates an intense euphoria when it is first taken. According to CESAR, “Methamphetamine causes a release of dopamine and serotonin, producing the intense rush that users feel. Even after the initial rush subsides, the brain remains in an alert state and keeps the user’s body on edge.”

Because of the methods in which meth is abused (most often smoking and injection), the effects of the drug hit the brain and body very quickly. However, unlike those of cocaine, they can last for a long time, sometimes even 12 hours or more.

When a person abuses methamphetamine and becomes intoxicated, they will display certain physical symptoms caused by the drug’s stimulant effects. These include:

Those who use the drug in the short-term often experience dry mouth and headaches as well. These symptoms can seem mild at first but may cause extreme side effects after long-term use. It is also common for those intoxicated by methamphetamine to feel a decreased need for sleep until the drug wears off. Once it does, the individual will often crash or experience intense sleepiness, fatigue, and even depressive symptoms.

The drug also causes dangerous and unpredictable behavior. Many individuals who abuse methamphetamine experience a rush of emotions such as confusion, paranoia, anger, irritability, and hostility. These emotions can then cause them to act out against others in violent outbursts. In addition, methamphetamine users are more likely to participate in risky behaviors like sharing needles or participating in unsafe sex.

If you begin to notice these physiological symptoms in someone you love, it is likely that they are abusing meth. Before they begin to exhibit some of the more intense symptoms caused by long-term use, you should discuss the issue with them and try to help them seek treatment.

Symptoms of Long-term Meth Use

According to the NIDA, “Long-term methamphetamine use has many negative consequences for physical health.” The drug causes itchiness and users will often pick and scratch at their skin. As a result of chronic use, a person’s skin can become incredibly unhealthy and covered in acne, sores, and infections that do not heal. Users also exhibit a condition known as meth mouth where their teeth begin to crack and break. This is one of the direct effects of the jaw-clenching the drug causes during intoxication. 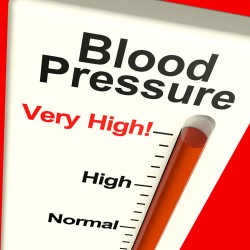 Other symptoms of long-term meth use include:

When a person takes meth chronically, the drug can even cause a type of psychosis akin to schizophrenia. It is characterized by extreme paranoia, hostility, suicidal and homicidal thoughts, and hallucinations. Many users complain of a sensation that feels like bugs burrowing under their skin which only causes them to scratch at it more. This condition requires treatment by physicians in a controlled environment and can still continue even a year after the individual stops abusing meth.

Long-term meth users will also abuse the drug in long stretches, often for several days straight. Consistent abuse will cause them to stay awake for a prolonged amount of time, exhibit poor hygiene, and participate in unpredictable behavior. This behavior is called tweaking and, as stated by CESAR, it often leads to “involvement in domestic disputes, spur-of-the-moment crimes, or motor vehicle accidents.” Tweakers can be identified by their

It is important not to engage someone who has been abusing meth for a prolonged amount of time because of their likelihood to behave dangerously or become violent. Instead, if you suspect someone of chronic meth abuse, call 911. The individual will then be able to receive the treatment they need in the hands of professional clinicians.

Sometimes, an individual might take too much of the drug which leads to overdose. The symptoms of this condition can sometimes be similar to those of chronic abuse, including erratic behavior, paranoia, and aggression. However, specific physical side effects may occur to clarify that the individual has taken too much of the drug at one time (or over the course of several days) and that an actual overdose is being experienced.

According to the NLM, these include:

If anyone you know begins to exhibit these symptoms, they must receive medical treatment immediately, as the effects of meth overdose are often deadly. “If the patient is actively seizing, becoming violent, or having difficulty breathing, do not delay. Call your local emergency number (such as 911).”

The symptoms of methamphetamine use are much more dangerous and harmful than the euphoric high is worth. However, many individuals who abuse the drug become addicted to it and are no longer able to stop taking it on their own. When these symptoms begin to occur, especially those which are involved in long-term meth abuse, it is important to seek addiction treatment for the individual immediately.