What is Marijuana Withdrawal?

According to the NLM, “Some people get addicted to marijuana after using it for a while.” Although the drug can be addictive over time, there are some factors that influence this. The NLM states that it’s “more likely to happen if they use marijuana every day, or started using it when they were teenagers.” Dependence and withdrawal are not always signs of addiction, but in the case of marijuana abuse, they often go together. 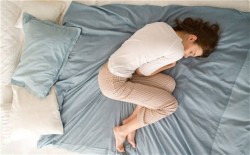 Marijuana withdrawal may involve a period of insomnia.

According to the NCPIC, here are some of the “most common symptoms” of marijuana withdrawal:

Marijuana withdrawal can also include depressive symptoms which, depending on the person, can be problematic. There isn’t a high risk of suicidal tendencies as determined by studies, but the possibility still exists. Someone who is withdrawing from marijuana should be watched and helped through the process, as it will not be easy to go through alone.

Cravings are also an important part of marijuana withdrawal. The person who is going through withdrawal will have strong cravings for the drug, especially after being a long-time user.

Actions of Someone Going Through Marijuana Withdrawal

According to the NCPIC, “even though these symptoms are not life threatening, they can be distressing enough for the person trying to stop smoking marijuana, to start using again.” This is a common occurrence in marijuana addicts who begin the slow process of withdrawal. It is important that they are reminded of why they quit and helped through this difficult time by friends and family. Often, this can be the most helpful aspect toward recovery: a support system made up of loved ones.

As stated by the NIDA, “Although no medications are currently available, recent discoveries about the workings of the endocannabinoid system offer promise for the development of medications to ease withdrawal, block the intoxicating effects of marijuana, and prevent relapse.” Medicinal assistance can make withdrawal much easier on the addicted individual. If you are concerned that a friend is going through marijuana withdrawal, make sure not to leave the person alone for long and consider marijuana detox and addiction treatment.