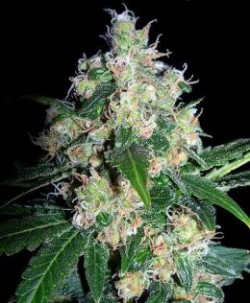 There are many different names for marijuana that are regularly used.

Marijuana is a mind altering drug that can be smoked or consumed to produce euphoric effects ranging from mild sedation to hallucinations. Though generally not considered a hallucinogen, marijuana is sometimes mixed with other drugs that make it much more dangerous than meets the eye. Over the years, many marijuana street names have evolved; today, users discuss marijuana using an array of street names and lingo in an effort to prevent others from understanding the true nature of the topic being discussed.

Many the street names for marijuana are used interchangeably around the world, while others are more neighborhood or city specific. For instance, the following street names and slang has been used to describe marijuana since the 1960s or earlier and are still commonly used today:

Some marijuana street names are openly heard in songs dating back to the 60s as well. Many other slang names for this drug are also used today. The following street names describe marijuana based on the method of use:

Some people will simply say, “I want to smoke” or “you got any smoke.” In both of these cases, the term “Smoke” is used to describe marijuana. Some refer to marijuana as “Skunk” describing the smell that the flowering plant can sometimes have. Marijuana can also be described as any of the following:

There are also an array of different names that marijuana growers come up with to describe the strand of the cannabis that they have grown. Often times, people who smoke pot will use various lingo referring to the strands of the drug such as:

Unfortunately, many of the names that are used on the streets to describe marijuana create great danger if used around unsuspecting children. The names and lingo make the drug sound harmless and fun when the reality is that marijuana use can lead to dependence and addiction which can be very dangerous.